Bar Milan, the first true gay drinking establishment to open in Bury St Edmunds, had a rocky journey through the course of its lifetime to say the least. This short summary of the bar's history looks at the highlights and the difficulties that were faced during its time. A legal notice regarding this article can be found here. 06th December 2014.

The Concept, the Reality

The concept of Bar Milan was born in a small bedroom on the West side of Bury St Edmunds. Coady and Tom, a recently partnered pair of young men, created the original concept of the bar. Coady's knowledge of bar management and marketing, and Tom's skills in construction, electricity, sound and lighting came together to form a strong backbone for the creation of the bar. 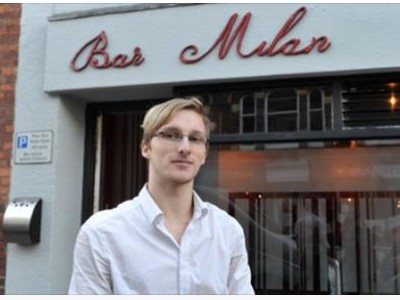 Originally, the bar was intended to be a nightclub, and the concept drawings were created with the intention to take on an old cellar bar, previously known as Ambition. Despite talks with the landlord of the closed down cellar bar, the concept never materialised, and instead a small property across the other side of town in St John's street was chosen for reasons of affordability. A lease was acquired and the keys were obtained for the premises on August 1st 2013.

For two and a half months the building was stripped out, extensively altered and rebuilt to house the new bar. With a floor area of around 44 meters square, it was one of the smallest bars in town. Facebook advertising of the premises had began before the building was even acquired in mid July, and an application for a premises license was already in place before building work began. This was a huge gamble as the costs of building and decorating would have been wasted should the license not be granted. 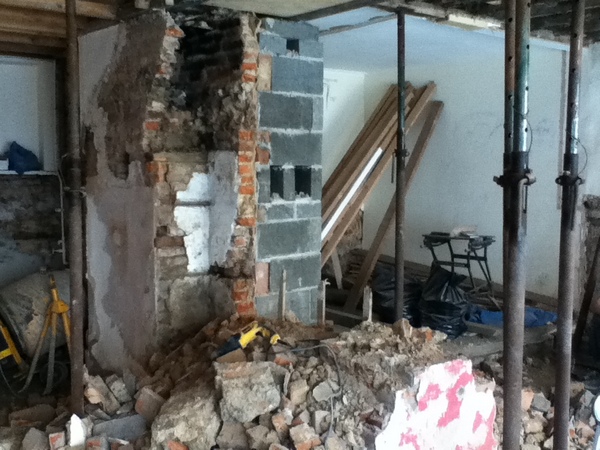 On the 3rd September, it was announced that Bar Milan had received its premises licence and could play music and serve drinks to 01:00. Soon after it was announced that the bar was due to open in October. Decorating was barely complete by the time the bar came to its pre-launch. Some £15,000 had been spent renovating the building, and Coady's brother Damien joined the project as a third partner to help complete and fund the bar for its opening.


The Launch, and Early Days

After advertisement in the press and on Facebook, the launch night was widely known by the town. The last decoration and painting was rushed quickly into place with family and friends being dragged in to complete the works. Coady advised making the pre-launch a private party and giving away all drinks for free as this had apparently worked very well in previous bars he had managed. Doors opened at 8pm on the 18th October 2013, and the tiny venue was packed with people from just about every corner of the town. Press and magazine journalists attended to review the venue. More than £1,300 worth of stock was used and the bar was packed to its 45 person limit for most of the evening. 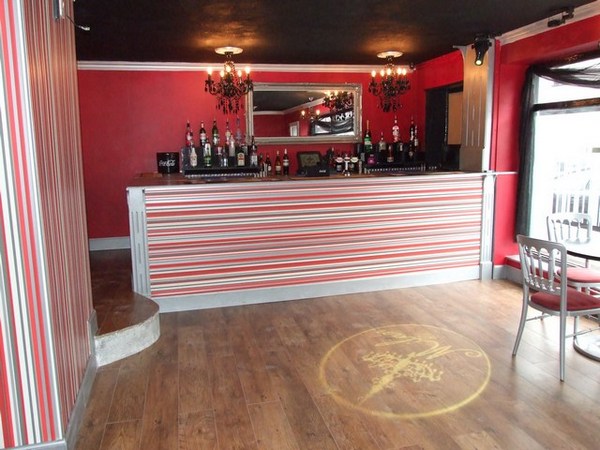 Although the pre-launch was considered a huge success, it had its downsides. No money had been taken for drinks, and the business was now quite out of pocket. It was also later noted that the vast majority of people who attended that night never returned, many were simply in search of a free drink and most were definitely not the target clients. However the team soldiered on and opened the bar for its public launch on the 25th October 2013. The night was also considered a success. Although a bit quieter than the launch, it made good profits and the venue received many positive reviews.

Throughout November, business slowly dwindled and it was soon apparent that selling alcohol alone wasn't going to keep the venue afloat. Michele joined the team as bar manager with the idea of easing the load on the partners. The bar was advertised as a rentable venue for parties and functions. Further newspaper articles were published. On the 11th December the premises was even opened at 10am, selling teas, coffee and cake. But with insufficient advertising and a growing reputation as a gay only venue, the stunt was a massive failure. Soon after that it was decided that the bar should embrace its gay reputation. A strip pole was added to the dance area. This created a huge hype around the town and attracted many onlookers through the bar windows. But more was to come. 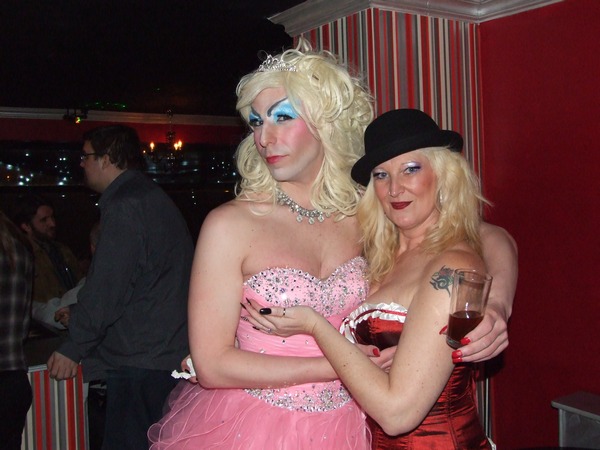 In early December, Coady decided he wished to perform in the bar as a drag queen on Saturday nights. A concept was put together, and on December 21st, Ragina Hymen made her debut. This act was more of a hostess than a performer, as there was no particular performance to see in the beginning. However, it soon attracted the attention of the town's gay scene. By the end of the year, the town's one and only gay bar actually had a percentage of gay patrons!

After a busy New Years party, the next few months remained quiet but steady. The first Karaoke night was held on January 16th, and after a few quiet weeks it began to establish a regular following. As spring rolled in, turnover began to slowly climb, and by April a significant amount of regular customers, around half of them gay, visited the bar frequently. Finally the venue had built a group of regular drinkers of whom many became personal friends to the owners and staff. The bar had already hired and fired several bartenders in this time, and by April the number had risen to five. Michele continued to manage the premises while drag and other duties were performed by the partners.

The summer heat began to set in and the bar progressed into its now solidly acquired status. During this time the "sex sells" concept was pushed hard, and patrons were treated to being served by nude barmen wearing only briefs. Tom, and bartenders Leon then later Leo stripped down to amuse the women and gay men on Saturday nights. This was a short lived feature due to Leon leaving for university. His replacement, Leo, was dismissed less than a month later after making violent threats to a customer. A guest drag act appeared several times, with the equally perverse name of "Tess Tickles". The bar enjoyed many new customers and an ever increasing group of regulars. It also began to develop a strong reputation for its nudity and design. Much of the townspeople considered it a strip club, some to the point of disgust. During this time, Tom stepped back from the bar and began to seek regular employment due to the bar not being yet able to support payment to its shareholders. 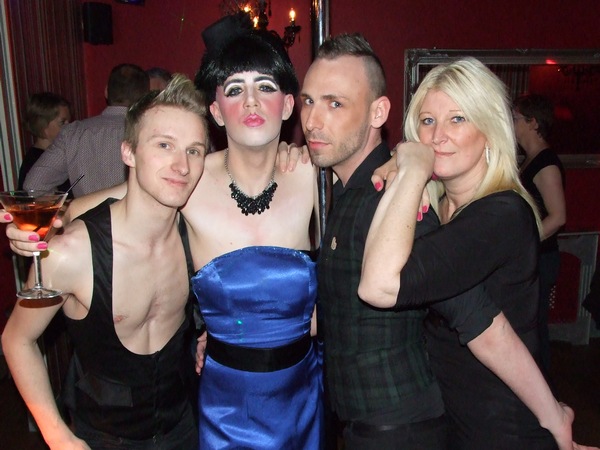 Shortly into the beginning of May, sudden talk of Bar Milan's closing filled the town. The door locks were changed by the building landlords, and a notice of repossession placed on the window. After a few short days, Coady, Damien and their Dad raised the funds to pay the long overdue rent arrears, and the doors re-opened shortly after. As May rolled into June, the bar continued to grow, unaffected by the rumours of closure. A redecoration of the venue was completed in mid June without needing to close for a single night.

Lacking a dedicated smoking area, patrons of the bar were forced to stand out on the street pavement to smoke. As the front of the building became more and more crowded, a number of noise complains began to spring up. This caused concern for the town council and police force, and warnings about such noise were received. Upon investigation, it turned out that in fact only one neighbour was making the complaints, but her persistence and petty behaviour caused a neverending headache for the licensing team. The staff tried their best to reduce such noise by keeping smokers quiet and the music levels down as much as could reasonably be expected, but the pesky neighbour only worsened her claims, often making highly exaggerated accusations. Inevitably, the small bar's license was eventually summoned to review. 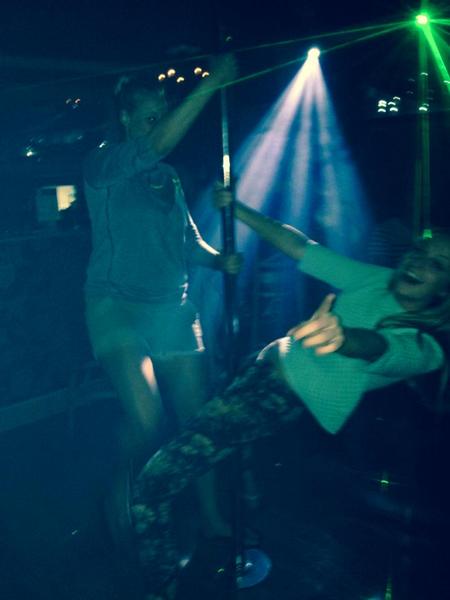 After a cancelled hearing due to the environmental health officer picking a highly biased panel of critics, the actual review happened on July 30th 2014, with Michele and Coady attending. The council decided to restrict the playing of music to 23:30 every night, and no re-entry into the venue after 23:00. This made the lives of smokers difficult, as once they had left the premises to have a cigarette, they were unable to re-enter. The directors feared this would cripple the business, however patrons seemed undeterred and would just forgo smoking for the last two hours. This was made even harder by the buildings lack of air conditioning and the hot summer nights. Tom tried many different methods of reducing the temperature inside, but the bar became quickly known for its sauna like temperatures.

Through July, talks of a new "gay bar" opening in Bury whispered around the town. A venue beneath an old snooker bar was said to be in the process of renovation and was supposedly going to be opened in the name of "Pride". The directors quickly gathered information and even got to know the people behind this rumoured new premises. Over the coming weeks, it turned out that contrary to this new bar being a rival, it would be a successor. An agreement was made and by early September, the directors of Bar Milan took the reigns of the new venue and began to renovate it. By mid September the news was broken that Bar Milan would close and make way for a new club. Shortly after that, the name of the club was revealed. Zone. 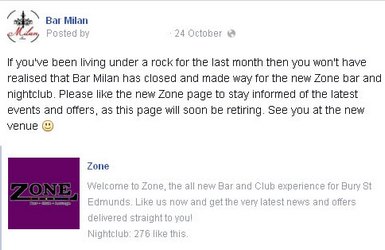 In the final weeks of Bar Milan, business flew by as people excitedly awaited the opening of the new venue. While Michele was away for a long holiday, the keys to the venue were handed to the latest young bartender, Danny. He was entrusted to prepare the bar for the evening before opening to allow the building works at Zone to carry on until just before 8pm. However this proved disasterous as CCTV revealed him opening after hours for private late night parties with his friends, and the theft of money from the cash draw. After prompt dismissal, a new pair of bartenders were drafted into place ready for the opening of Zone.

On its final night, Bar Milan suffered an eery silence as the premises waited almost empty for the evening. Only Coady, Tom and Michele were there to see its final hour. The venue closed at around 21:30 on the 3rd October 2014. In the following days, equipment and fixtures were ripped out and hauled down to the new club ready for its pre-launch. Bar Milan, left empty and cold, sits vacant and dark as it awaits new tenants who will hopefully love the place as much as the patrons and staff did.

The team spent many hundreds of stressful hours developing and maintaining the bar, and can only hope that it bought a smile to the faces of those who visited. Its legacy will live on in the memories of many, and hopefully it may inspire others to continue the journey in the future. From a business point of view, Bar Milan was nothing special. However it changed the lives of many who entered it, for good or not so good. Despite the pain and fear it sometimes bought me, I truly am glad of my time and effort spent there. I am a better person thanks to this small bar.

A brief history of the Zone nightclub can be found here.