So I've decided to go back to a few of my old ways, and start recording my dreams again. This was quite a strong dream, and left me feeling a bit empty after waking up. The feelings I have in this dream are ones I've felt in real life, but only once (Seraphim). I realise that after making a Facebook post last night in the early morning, this dream was probably triggered by my weird feelings that night.
- 04th April 2015 -

-START- I seem to be in some kind of large office area. It is quite futuristic with a lot of devices on the walls and wiring everywhere. The lights are bright and I seem to be sitting on the floor in a corridor with a few other people. I feel I know some of these people as work colleagues or something, but we make no attempt to talk to one another. We are sitting in a fairly small room, looking out onto the larger corridor. I am waiting for them to go, as on the wall is a large amount of CCTV recording equipment that I seem to want to sabotage. But they won't go, and they walk around with others coming and going. Then we are all being called to go somewhere, so I go with them around the passageways for a bit.

-TIMESKIP- Now we are in something a bit more like a factory. There are different machines, and maybe a school class worth of people, 25 to 30 or so in size. I am right at the front of the room, with a blackboard in front of me. It seems I have to solve some kind of problem. For a while I'm messing around doing something, then another guy is standing beside me and also begins work on the board. He is.... Beautiful. And then he takes a little glance at me sideways and I know he feels exactly the same. We are smitten. After a minute, he attempts some kind of communication with me. I listen but his language is one I've never heard. However after looking at him a strong feeling is evident and we know we won't have long before we get separated and never see each other again. 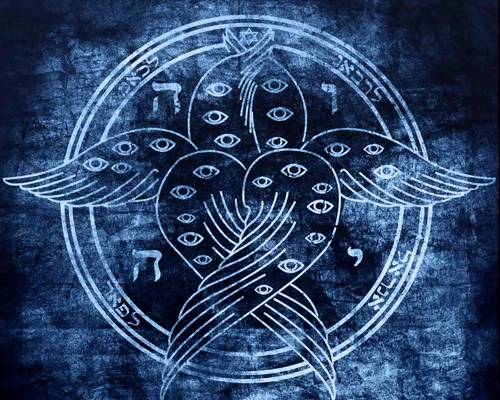 He begins writing his email address on the board, and all of a sudden the rest of the people in the room are reacting to us and trying to stop it. They rub the letters away as he writes them, and then try dragging us apart. These people are literally mocking and laughing at our anguish, they almost seem to hate us. Now the poor lad is trying to speak to me, shouting across the room in desperation, but I don't understand what he is saying. Then the next thing they have dragged him away somewhere, and I start searching for him. I feel very hurt, and am instantly feeling that the people around me have prevented me from loving someone I wanted to. Everyone else is jeering at me, making fun and showing some kind of hostility towards me. I'm not sure if it is my sexuality they dislike, or maybe we are just not allowed any kind of romantic relations in this strange place.

One of them has told the big boss, and I am in trouble. I vow to get out of this room and continue searching. I go to the back of the room and outside to the river to collect my kayak which has the rest of my stuff in. Outside, the weather is overcast but not raining. I pull the boat out of the water, and then have to pick a few of my things out from the murky cold river. The people are no longer making any attempt to stop me or reprimand me. As I walk around the back of the building, I suddenly have a flashback within the dream.

-FLASHBACK- I see the lad, acting very dopy and falling off a bike, then another clip of him falling over. He seems to have a very clumsy behaviour, very unlike how I saw him in the classroom thing. -END FLASHBACK- Now I'm simply thinking "I'll be able to find him in the credits of the movie". I seem confused as to how or when I might have seen a movie with him in it, and start to believe that the whole *dream* was a movie. Of course, I've just realised that I am dreaming and so...