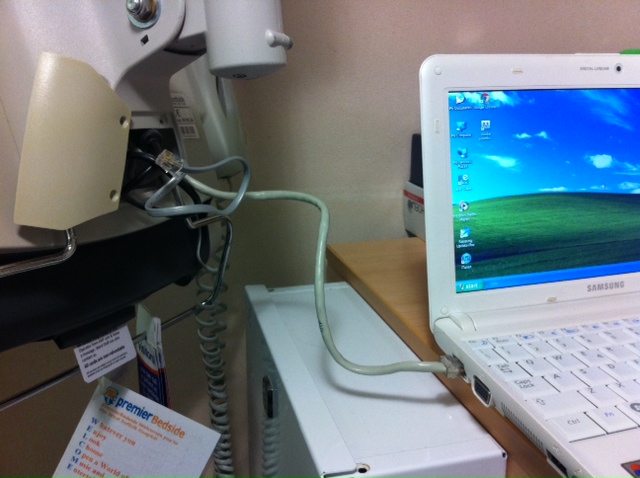 It was mid December, and the unusual circumstances of the last few months had just become even more unusual. My partner lay in a hospital bed as I sat close beside him, sick bowl in hand. Despite the urgent admission and the frequent need to go and collect more of the hat like cardboard bowls, my partner was very much awake... And bored.

For a while, we amused ourselves by observing the other patients odd noises and smells. It didn't take long for them to become more of an annoyance than a laugh though. Beside the bed hung a small touchscreen device with a phone hanging off the side. The beige terminal hanging from a long angle-poise style arm offered radio, telly, a phone, and the internet. That's great! Except the price. A days telly cost about £4.50. The phone was 10p a minute. That's a pretty high price for internet access on a rubbish touch screen device for a day, and I'd much rather be using something with a proper keyboard that isn't painfully slow.

To make matters worse, these machines used to offer free internet access, but had recently started charging for the privilege. I spent some time looking through the simple menus. I used my phone's browser to see if anyone before me had managed to obtain free internet from such a machine. Finally, I pulled the little access hatch off the back. In there was an ethernet cable, amongst other wires. Such a sight was just too much to resist. I went home that night to find my old netbook. 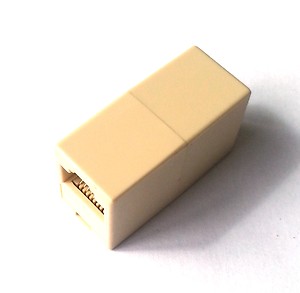 I returned the next day, armed with the netbook, a short ethernet cable, and a little female to female adaptor for joining one network cable directly to another. Once the nurse had done the morning rounds, we closed the curtains. I popped the little access cover off the back and pulled the ethernet cable out of the machine's socket. At this point, the screen on the machine went blank, and a short investigation revealed that it simply relies on a remote connection across the network to provide the data and packages that run its operating system. This does not damage the terminal, which will simply reboot after you plug the cable back into it. I then fired up the netbook, and popped the network cable into the port of the netbook.

At this point, I wasn't expecting it to work. Manually configured IP addresses, VPNs, proxies and authentification protocols could all thwart my efforts. But when I opened the internet browser, there it was! The google home page. A quick visit to a broadband speed checker site revealed that I was connected directly to the internet, with 20Mbps download speeds! I even pinged a couple of sites to be sure. It was as simple as that. I used the cable and adaptor that I bought so we could sit the netbook away from the terminal, and hide the open access hatch should anyone come in. When we had finished using our free high speed internet connection, I would simply pop the network cable back into the terminal, and close the hatch. Within a few minutes, it would re-boot and go back to behaving just as it did before.

A day or so later, my partner was discharged, so I never had much of a chance to explore the network I was connected to. Nor did I find out if anyone could detect my presence. Nobody ever turned up to check things out, so I can only assume the sysadmins never saw a problem. Needless to say, try this at your own risk!

And that's all there is to it. I've seen different types of terminals in other hospitals, but have never gotten close enough to see if the same trick can be applied. They will likely employ a very similar setup to the premier bedside ones though, so it's definitely worth a try if you ever find yourself bored in a hospital bed.

Update - Early 2020. Note that this article is now 7 years old, and the Premier bedside units featured in the article are likely being replaced with more modern devices. Regardless, if such device utilises a standard ethernet connection for data, there is a good chance this trick will still work. With the affordability of 4G/5G data plans and decent smartphones, it is much less likely you'll ever feel the need to do this.