About The Site And Its Services 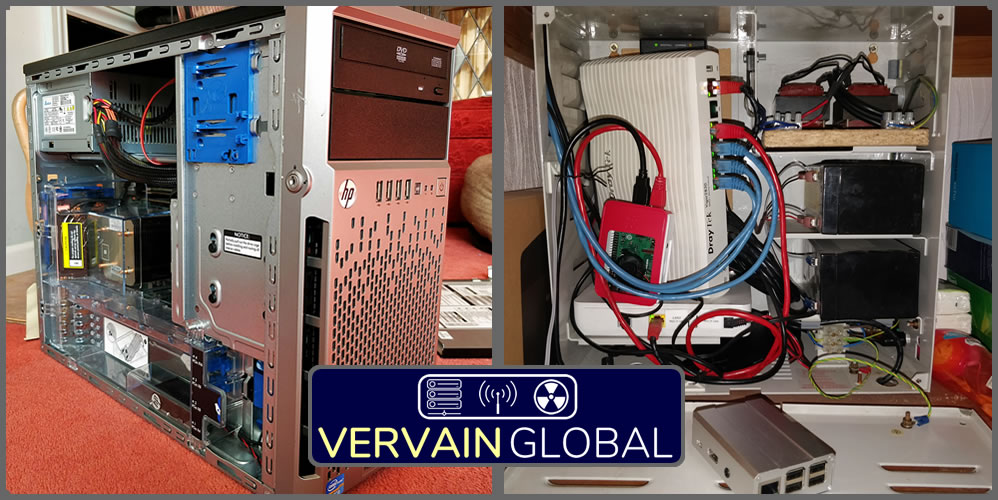 This website is hosted on a private server hidden away in the east of England. The current webserver is a Raspberry Pi 3B+, running Raspberry Pi OS (Debian based), booting from an SSD. The Pi, firewall and modem are powered by a custom designed uninterruptable power supply (UPS) that keeps the server online during local power outages.

A HP ML310e Gen8 server running Ubuntu handles more intensive applications on the network. This larger and much more powerful machine was added in September 2020, originally to host a Minecraft server, but has since grown to host an entire gaming network and an end-to-end encrypted chat service for the privacy conscious.

The concept of this site was born in March 2012, whilst I was spending a month travelling in the Philippines. It amazed me how effortless it was to communicate with my family in real time across the internet, even though they were over 8000 miles away. The flexibility and potential of the internet fascinated me, and I desired to learn more. At about the same time, I learned of the Raspberry Pi and its recent release back in the UK. Quickly I placed an order for one.

In July 2012, the long awaited Raspberry Pi finally arrived. After a week or two, the small box was running a web server with the domain registered and pointed to it. During this time it was mainly used as a way to share files with friends. Finally in January 2013, I decided to build a website to learn more about the web and server administration. Soon after, the first articles were completed and published for the worlds viewing pleasure. A year after first deploying the webserver, four simple articles had been written & published.

The original Pi model B was replaced in January 2017 after nearly 5 years of service. A newer Pi 2B took over, bringing increased speed and reliability. At this time, it was also coupled together with an uninterruptable power supply. From this point onwards, the server maintained a near perfect 100% uptime.

In July 2020, the server was again upgraded to a Raspberry Pi 3B+ which booted directly from an SSD. To cope with the increased power needs, a second backup battery was added to the UPS, and a custom supply circuit was built from two transformers to provide the extra current for charging. In the same month, a HP tower server was added to run CPU / RAM intensive applications, including the Vervain's Arcadia Minecraft Network and a Matrix (messaging protocol) Synapse server. The new machine sees the bulk of the workload now, with the Raspberry Pi managing some network services and acting as a proxy for all internet bound traffic.

Vervain Global hosts private services for the owner and his close friends.