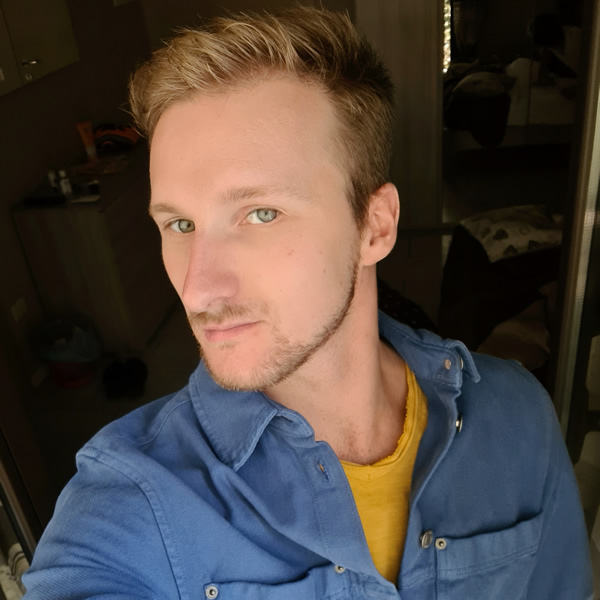 Hi, I'm Vervain. Originally born in England and now living in The Netherlands.

I began this website back in 2012 as a way to teach myself about the internet, web servers and networking. Over the course of its lifetime I've used it as a staging point for a variety of projects and experiments, and it remains alive today to continue to host my new ideas and inventions.

Since leaving school, I developed a strong interest in all things techy. It started with electronics and circuit design and ventured out into radio communications, which ultimately fueled an interest in computers and specifically, computer networking.

After several years of working in construction and engineering, I finally got my first hands on experience in creating and maintaining a server-client deployment for a bar Point of Sale (PoS) system. This allowed me to work into similar areas, including building security, CCTV systems and even DMX512 theatre lighting controls.

In 2019 I took a career break to enjoy the world around me, and travelled to various countries whilst meeting new people. At the end of the year I made the decision to relocate to Amsterdam, where I began a part-time social job which allowed me to meet great new friends and colleagues.

As Covid-19 plagued the beginning of 2020, I began to focus on how to best use the internet to keep communities together. With the purchase of a used HP server, I reconditioned the machine and set up a Minecraft network for mature adults in minority groups. I then began learning to market such a service, and soon developed a small but close community of friends.

With these projects on-going, I'm continuing to learn about daily machine administration, community management and have gained real world experience in operating servers and network hardware that reside in a remote location. Recently I started studying for the Cisco CCNA, a beginners qualification in computer networking which will provide a real world validation of my skills.

My enjoyment of tinkering and working with server and networking hardware continues to grow, and I'm very much looking forward to future projects in network and server administration.