On New Years Eve, a colleague of a friend suggested we watch an unusual type of show for such a festive time. The three part series resonated with me on a very strange, unsettling level, and the fear it left would stay with me for weeks. This short text was originally posted to Facebook, but has since been moved here.
- 1st January 2021 -

Hey, how are you? It's weird to say that. It's been a while... I watched a true crime documentary last night, and it reminded me of you.

Luka, a murderer, had a personality very much like yours. Just like with you, his complete lack of morals and compassion for others hit me like a bus. It forced me into that darkest of regions that I have to visit in the face of human atrocity. It let me see through the thick fog, and I spoke directly to my most distant iteration, the cruellest of fragments that exist within all of us. 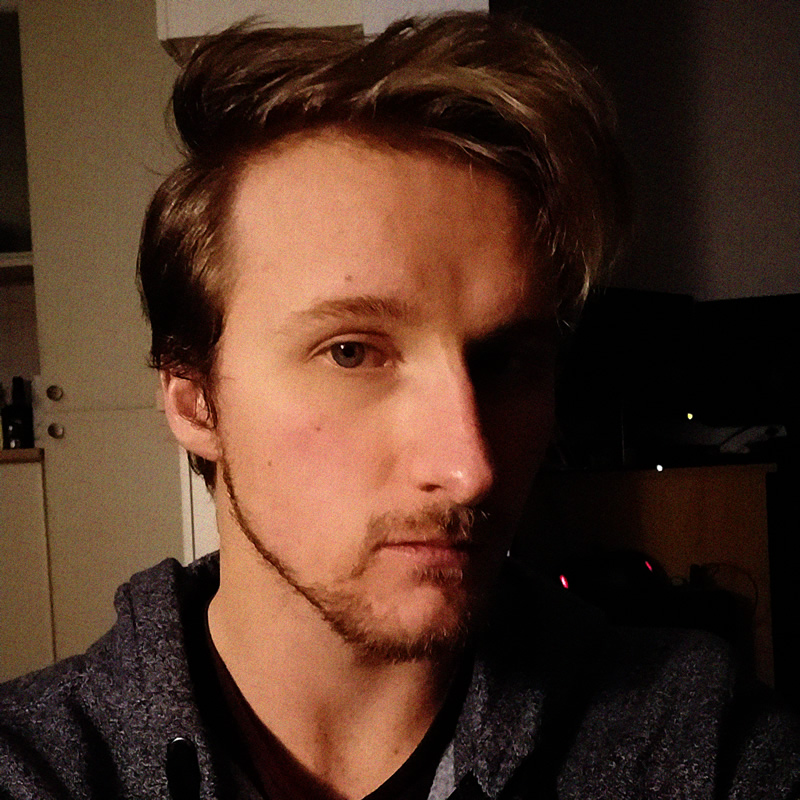 It's insane to think that you'd laugh at who I am now, but also that those who know me in the present would laugh at the very concept of who I was. In a way, that's very rewarding, because it means I succeeded in changing. That said, it's blindingly clear that what that distant fragment said is true.

I've become soft, too trusting and ignorant to that evil you used to expose me to. There's been some close calls lately, and they could have been easily avoided had I still practiced my old ways. Remember how I'd never let people touch me, or how I wouldn't consume drink or food that had been out of my sight for more than a few seconds? Paranoia has its uses, especially in the sick world we live in.

The most terrifying thing about Luka was how similar he behaved to you, but also in many ways, to me. I'm not trying to paint you as a worse person, and there was a reason we spent so long together. You knew how to draw out those dark elements in me.

Are a few morals really all that separate the life of a cunning killer from that of a mediocre, rank and file member of society? Filtering out all those bad traits using conscious logic is hard work, and what if there's ever a time when mental health prevents that fragile carousel from spinning smoothly?

Although it goes without saying that much of what you exposed me to was wrong and often psychotic, I sometimes catch myself wondering if it actually protected me because of the lack of trust in others it helped breed. Seeing that evil regularly made it easier to defend against, but as years have passed, those acts of violence have become shocking to me once more.

There is a lot of evil out there, and each time we drink beyond cognition, take a shortcut through a dark alley or meet a stranger from a bar, we dance along that line of possibility. Being that one step ahead isn't always easy, and as gay men, we definitely dance a finer line than most.

The murder in the documentary was taped, and it's out there for real on the dark web. It started out as two guys hooking up. Seeing even the beginning moments of it. It fucks you up. A real human, dying for the sake of another man's vanity. You can never be too careful, and each mistake made creates the potential for you to end up in a similar scenario. Sometimes that's exhilarating, other times it's terrifying.

What's it gonna be? Is it time to bring back some of those old ways? I know what you'd say, because violence will always be your first option. But maybe, just maybe, it's possible to make it without having to throw the first punch. I can hear you laughing at me, and you are definitely right, but I'm not really cut out for such aggression. That was your style. For me it was more about knowing your enemy before they got to know you.

Anyway. They say it's good to talk about feelings. Be careful what you watch, it could keep you up at night. Time to reset and reload from a safe snapshot. I can only hope to never meet another person like you, or worse... Best wishes [redacted], and happy new year.

Don't take me too seriously.