When Your Tutor Doesn't Believe

Sometimes, we are not ourselves. Circumstances of great oppression and humiliation alter us, for the worse. In desperate times, the heart makes last resort decisions. To look back and feel disgust for your once before actions...

Yet sometimes, when you are in what almost seems your final hours, life can place tiny gems in your path. People, luck, sanity, and refuge for the tormented mind. These little beauties can give you the traction needed to rebuild your world from the atrocities that took it to ruin. For some, myself definitely, fantasy is where I turn to escape the bad reality blocking the road ahead. Some fantasies are your own, and others are born in the minds of like minded comrades, cast into books, movies, games. 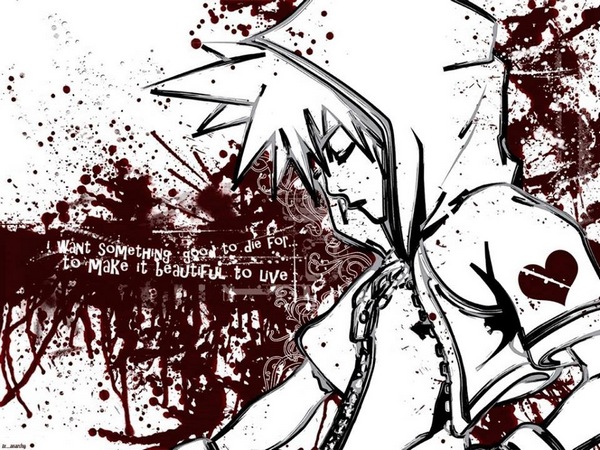 More than a year and a half ago, I was shown the Disney come Final Fantasy mix game series known as Kingdom Hearts. At the time it only made a minor mark on my soul, as if I needed anything else to worry about amidst a cruel ex and a poorly built business that I didn't really want to be a part of. Fragments of it remained with me, and after a recent event in my working life that allowed me to visit a place of my past, those fragments burst into life and instantly began to undo the worries and sadness of today.

A few weeks later, I'm in love with this game, and its teachings align so well with how I see the world. If only I could live Sora's adventures and be the refuge for hearts in need, like I once imagined being. Its so beautiful, and more than anything I'd love to share this with somebody. All of my fantasies always end up locked away within the confines of my head. If only I could share this with someone who understands. You'd think the person who showed it to me, right? Well, it seems perhaps not.

Having found a little note scribbled on a wall a few days ago, I realised with sadness that the original person who introduced me to the world of Kingdom Hearts, does not seem to think of it in the same way as I do. How do I know this note was from that person? Its complicated! But I always said that he and I shared some kind of unique link, and even today I still believe that. I mean, a note scribbled on a wall is already a rare connection I and so few others would share, yet alone the cryptic, poetic content. I'd recognise it anywhere.

It looks like this will be yet another element of my personality that I'll never really get to share with anyone. That's a little sad to think about, but its something I'm so used to now. Sometimes it becomes a bit of a struggle keeping the real world and the worlds inside my body separated. Maybe if I can't keep them apart, I'll be in danger of becoming mis-understood and rejected too. My mind is created out of the most stable, logical task processor mixed with the most unstable, emotionally chaotic system of feelings ever seen. When in balance, its all plain sailing. However, when one becomes too powerful over the other, it all goes to s***.

Who knows, maybe I'm looking at it totally wrong. Although I've succumb to a level of darkness myself in the past, life has given me the strength to beat it away. I'm lucky. I suppose if the darkness becomes too strong, it can become nearly impossible to fight it. I hope he can fight it again, and believe in the power of love, kindness and peace...