So the other night something incredible happened. Erm no, I didn't win the lottery. Or a holiday. I didn't win anything, okay?!? Well, I suppose you could say I won a little extra happiness, and it has made my life easier and more enjoyable. What's more, it has allowed me to grant someone, for the first time since late 2012, a level of trust that was previously locked away behind steely grey memories of betrayal. I've basically jumped the last big hurdle now! But anyway, without further ado... 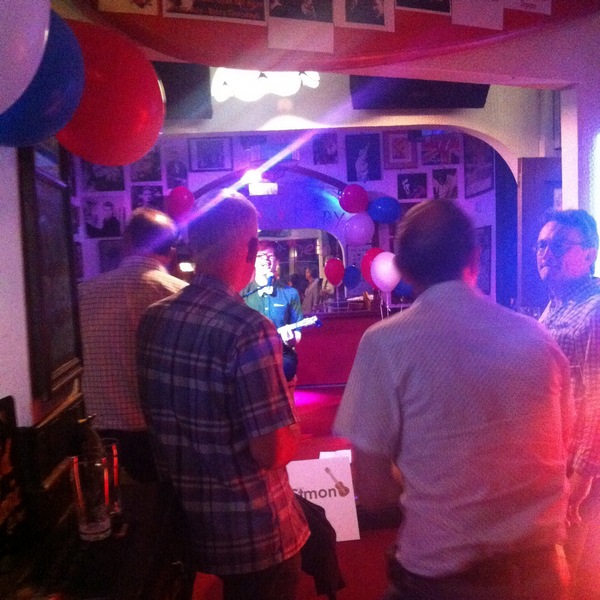 Image: Ukulele music in a small pub in Norwich. I have learned more about myself here in the past few weeks than I have at any other point this year.

It was midweek or so and I was bored with nothing better to do. I'd ran out of things to search on Google, Facebook was yielding a load of old regurgitated rubbish as usual, and so I just sat there looking through pictures and stuff on my computers hard drive. If you know me well, you'll be aware that I will almost never delete anything, no matter what. So it wasn't surprising when I clicked on an unnamed video and I'm suddenly greeted with my ex dancing around to the game "Just Dance" in his pyjamas. Hearing his voice after such a long time kind of froze my head for a second and I felt a little weird. Then.... I smiled.

No typo. I actually smiled. And it wasn't because I missed him, or because I had just concocted some evil plan of revenge or anything. It wasn't even me laughing at him making a muppet of himself and throwing the Wii remote across the room. No, I felt nothing bad. It felt neutral. In that moment I realised that all the pain and even the hatred was no longer there, none of it. I had just done something I considered impossible. After eight months of rediscovering life, friends and the ability to trust again, my mind was also hard at work fixing something that was consuming my future happiness without me even realising. I had just forgiven my ex for what he had done, and it had happened without me ever having made a conscious effort.

I was so excited by this that I actually rushed to go and tell someone! I really, really had never expected to be able to truthfully say that I had forgiven him, but right there at my desk on some boring week night evening, I had just done the unthinkable. Over the past week it has become ever more evident to me just how important this step was, for without it, a part of me would have remained forever bitter. Now I am no longer devoting a portion of my energy to a person who doesn't even have a place in my life anymore, and I can now channel it into building something positive with a person who does deserve to be in my life.

What have I learned from this? Well it has become very clear to me now that as long as somebody holds a grudge against a person in their past, they will struggle to move forward in life without encountering issues that are ultimately side effects of their internal hatred. I've also realised that forgiveness is indeed one of those things that takes time. Sometimes it takes a very long period of time, but at last it has happened. I feel so much better for it, like a pressure has been taken from my chest. Life has a much happier outlook now that I can positively say I no longer begrudge anybody. For all of my flaws and defects, I can now remove the resent and hatred from that list. My hopes are high for the next few months now that the burdens of the past are much lighter.

It is important to remember that forgiveness is about you, and not the offending person. It makes your life easier rather than theirs. Forgiving somebody does not mean that the things they have done are by any means acceptable. Also, remember that forgiving and forgetting are two totally different matters. Always forgive, but never forget.