This article runs over the basics of generating and storing electricity for use as a stand alone or emergency back up system. It uses commonly available parts, and anyone can put such a system together if they so wish. Many parts can be found second hand, or bought cheaply.

Electricity is something we take for granted in the western world. Here in the UK, we enjoy one of the most reliable and well maintained elecrical grids ever built. Unlike much of the world, our homes aren't fitted with emergency lights for power outage. Many of us don't even keep a torch in the cupboard. Despite this, people still build and expand their own back up power systems, and even use them to reduce the electricity bill. Increasingly, people take interest in off grid solutions, where they generate all their own electricity at home. Here, we will take a look at the basics of a small back up power system, and how easy it is to generate your own electricity. 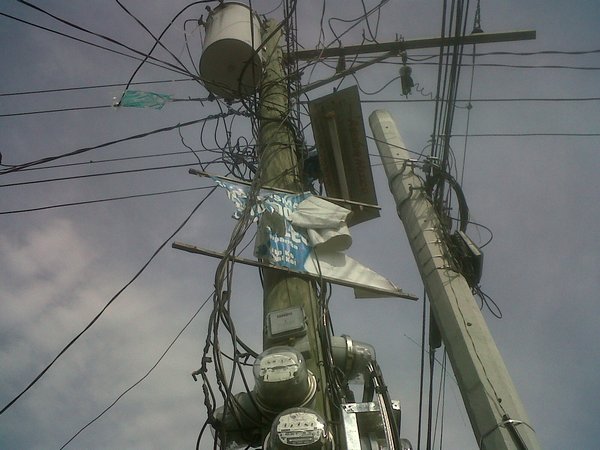 There are three basic tasks any back up system should try to achieve. Firstly, generating electricity. Traditionally, this would be via generator or steam turbine. In small home installations however, most people opt for solar panels. Wind turbines are also becoming more common, and a few installations have even pulled off a micro hydro electric system.

Secondly, we need to store the energy that is generated. For the amateur builder, there is only really one option - batteries. Car batteries, truck batteries and tractor batteries are by far the most common options here. Those who have an advanced knowledge of the sciences might dare to make thier own hydrogen cell, but this is out of the scope for most people.

Finally, we need to be able to use this stored energy. Most small systems will use 12v car batteries, with a few larger systems running at 24, or 48 volts. These direct current (DC) systems all use voltages lower than that of the mains, which supplies us with 240 volts, alternating current (AC). So if you wish to run your mains operated equipment during a power outage, you'll need to invest in an inverter. This will likely be the most expensive part of your installation, but is a necessity for using regular equipment. It usually works out cheaper to buy an inverter than to buy specialised equipment that can use your installations low voltages.

Before you begin, it is recommended that you have a basic understanding of how electricity works. Knowing what the difference is between current and power will allow you to design such a system with confidence. If you feel you need a refresher, please take a look at this article: The basics of electricity. 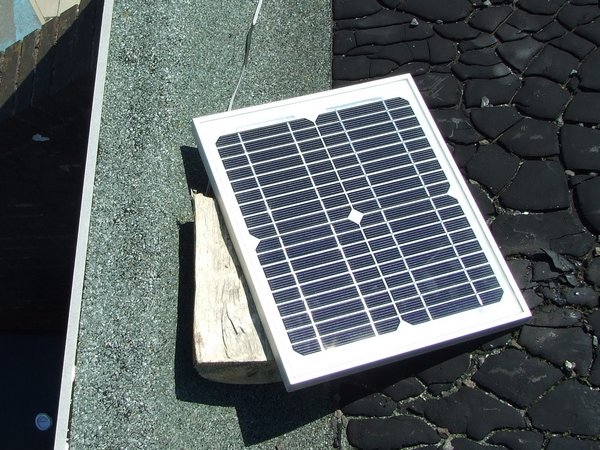 Your system will begin by generating you electricity that can be made to do useful work. If you just want a back up for when the power goes out, a battery charger might suffice. But where's the fun in that?? By far the favourite solution is to aquire a solar panel or two. They are so popular because of their unmatched reliability. You put the panel up, it generates electricity, and you'll probably never have to look at it again. They are silent, have no parts or oil to change, and don't cost a penny to run once purchased. They are quickly becoming cheaper and cheaper to buy, as companies begin to mass produce them around the world.

There are three types of solar panel currently available. There are many articles and discussions out there that argue about which type is best, but in my experience, monocrystalline panels seem to be superior in efficiency and are little more expensive than the other types. For a back up system that you plan to use only when the power goes out, a single 10 watt panel should suffice to trickle charge a couple of car batteries. If you plan to use the system to power a lot of devices, you'll need to figure out how much energy you use and design a system that can cope with your demands. Remember that the suns energy is weaker when cloudy, and during the winter months. Your panels will produce less during these conditions.

The other solution that is beginning to gain in popularity are miniature wind turbines. These can often be seen on small boats in the harbours, and are starting to spring up on top of the LED road signs that warn of queues and roadworks. These mini turbines can produce a fair amount of power for their size, and can be mounted on top of buildings and sheds without too much protest. Bear in mind that some installations may require planning permission. There is also an increasing amount of people who have built their own wind turbines. With a little knowledge and access to a workshop, most people can learn to do this. If you are interested in building a wind turbine from scratch, I recommend you check out the excellent resources available at Otherpower.com They also have a wealth of information on building systems for off grid living.

Micro hydro electric generators are rare to find, and insanely expensive to purchase. These have been built by a few experienced people. If you have a stream or river in your garden, this might be the best solution. Most rivers flow 365 days a year, and you will never have a moment where your batteries aren't charging.